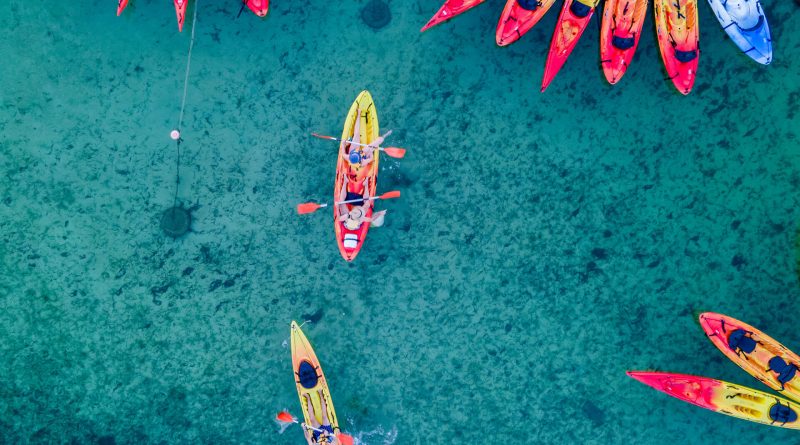 Little by little, we will cross to the right shore of the bay where we will find the most beautiful beaches of the bay, and of Menorca! Welcome to the beach of S’Arenalet, an incredible cave of fine white sand, turquoise waters ideal for diving and a cliff from where you can have an incredible view of the interior of the bay. After a swim that tastes great, we continue paddling to the bucolic Cabra Salada cove. Funny name, isn’t it? You see, in this cave there are usually many goats that come to drink water, and no, it is not from the sea. There are aquifers under the rocks that supply the goats with fresh water. In fact, when you touch the water it is much colder than at the other end of the cove. However, until the existence of fresh water was discovered, the local people thought they drank water from the sea. After saying goodbye to the goats we head back into the interior of the bay of Fornells towards the island of Sargantanas. Here we will meet a new animal, the black lizard, characteristic of Menorca. This island is private, so you can only visit the part of the defence tower that is a World Heritage Site. A lighthouse crowns the island of Sargantanas, guiding the boats that enter the bay, and it is time to return to the Katayak Menorca jetty to leave the equipment and rest from a great effort. In the interior of the bay, on the coast to the right, after passing the beach of S’Arenalet, if you continue paddling 15 minutes further north, you will see a natural pool, which is protected from the boats. This area is a spectacular place for snorkelling, with a seabed of poseidonia and a great variety of marine life. The water is also so clear that it is a real pleasure.

Once equipped with the necessary equipment, we will head towards the northern part of the Bay of Fornells, passing through the beautiful village of the same name.

As we approach the open sea, we will begin to see two lighthouses, one that serves to mark the beginning of the bay, and the magical Cavalleria lighthouse. Our destination is on the opposite side (right), towards the imposing cliffs of La Mola, with a height in many places of up to 100 metres. This rocky area is often frequented by goats, just look up and watch.
Following the cliffs to the rhythm of the waves, you will come to an area where the sea enters the cliffs, forming a half moon. This is where the adventure in the caves begins!

The first cave is known as the Cueva de las Imágenes (Cave of Images), and is a spectacle of blue tones in the water. Are you ready? Inside the cave there is just enough light to sharpen all your senses, and to look around with your mouth open. Although this cave does not stand out for its dimensions, it does stand out for its shapes and colours.
We continue along the coast, fascinated by the intense turquoise colour of the waters. Paddling and paddling, we come across the incredible Cueva de los Ingleses (Cave of the English).

Legend has it that English smugglers used to live here. One day at sea, the cave began to flood with water until it became impossible for the Englishmen to get out, and they drowned inside, and thanks to the large dimensions of the Cueva de los Ingleses, we can snorkel inside. Just put on your goggles, dive in and you will be amazed. At our feet there is an impressive 10-metre high stone column. After a dip in the sea that tastes like a real treat, we get back in the canoe and head back to the Bay of Fornells.

This route is special, as it allows you to enter very beautiful caves even if you don’t know how to kayak, and to contemplate the spectacular cliffs of La Mola. 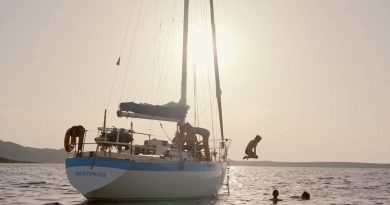 Excursion experience in a Catamaran/Sailboat Menorca 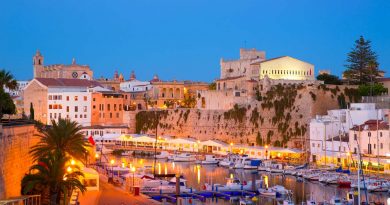 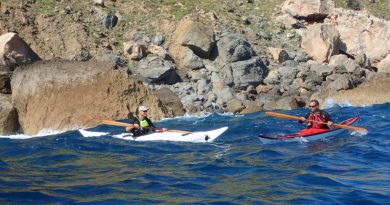 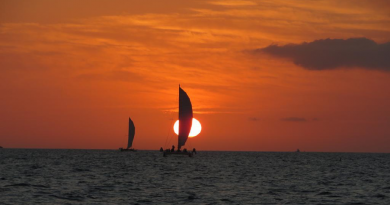 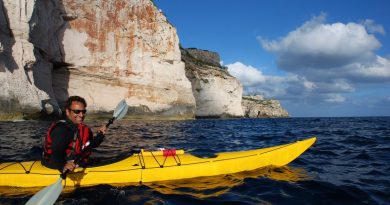 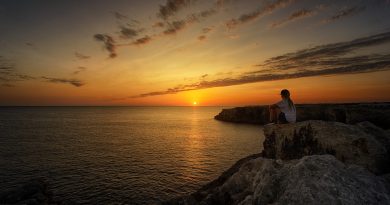 Menorca island: an emerging yoga retreat tourist destination Menorca is one of the best preserved natural treasures in the Balearic